1) YOU CANNOT CONTRACT HIV FROM A MOSQUITO BITE

this is because the virus cannot survive or multiply in the ‘squitos body. Another interesting fact is that when the mosquito deposits saliva onto your skin (people get red, itching bumps due to a reaction to the saliva) it is separate from where it sucks your blood, meaning it’s past meals (blood) don’t get regurgitated into you *barf* 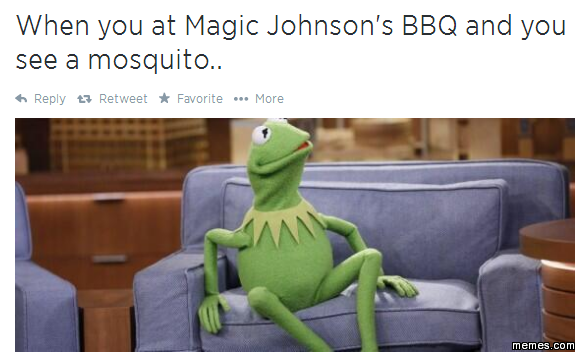 If you haven’t noticed in the animal kingdom, if a female species isn’t the type to bleed then she’s the type to ingest blood, and the latter is true for mosquitoes. Females need the protein, specifically isoleucine, that is found in blood to make eggs.

*PLEASE NOTE THE CONDOM ON HER PROBOSCIS*

That’s right, they have the ability to detect CO2 which for those of you who don’t know, that is what gets emitted when you breath out. This is why when we die people say we will rest in peace because we no longer have to worry about mosquito bites. Female mosquitoes have nerve cells knows as cPA neurons which have a receptor that detects the carbon dioxide. (PS the thing about RIP I made up but everything else is true)

4) MOSQUITOES DETECT THEIR VICTIM BY BODY HEAT AND SMELL
Meaning that the hotter you are the more attractive you become. So if you are wearing all black and your friend is not the chances are the mosquitoes will go for you because black traps heat more than any other color. They also detect the heat of your blood then find the perfect capillary for them to dip their proboscis in. In regards to smells, mosquitoes are attracted to octenol (a chemical released in sweat), cholesterol, folic acid, certain bacteria, skin lotions, and perfume.
5) MOSQUITOES ARE CONSIDERED THE MOST “DEADLIEST” ANIMAL IN THE WORLD
Mosquitoes have been around since the Jurassic Times and it is because they are survivors. They, unintentionally, are homicidal beasts.Carrying and dispersing malaria, dengue fever and filarial worms. Malaria kills an estimated 1 million people every year.

So when you are traveling take head to the mosquito warnings and make sure to protect yourself!